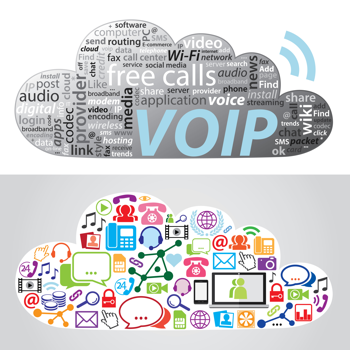 Listening to your VoIP sales rep talk about available services can be like listening to someone speaking a foreign language. You know it must make sense, but you can’t make heads or tails of what’s being said.

What makes VoIP terms so confusing is that many of them are acronyms. Even VoIP itself is an acronym. While you’re probably aware that VoIP stands for Voice over Internet Protocol, how many other VoIP acronyms do you know? Here’s a list, in alphabetical order, of some of the more common VoIP acronymic terms you might come across.

This is a device that converts a digital signal to an analog one, and it is used to connect analog phones and fax machines to a digital VoIP network.

BYOD: Bring Your Own Device

You might also hear this one as BYOP (Bring Your Own Phone) and BYOT (Bring Your Own Technology). Just like the BYOB acronym we’re familiar with, BYOD requires participants in a VoIP network to provide their own device for communication purposes. Some devices are designed to use VoIP communication natively. Example of these include IP-Phones, IP-PBXs or IP-fax servers. Other devices require VoIP-enabling add ons. Examples of these include an ATA connected to an analog phone, a softphone installed on a laptop, or a VoIP app on a smartphone.

The practice of providing discrete phone numbers to different desks or workstations within the same office all ringing the same group of lines. There are usually fewer actual lines than there are numbers.

A standard for digital transmission of voice, video, data and other network services over traditional telephone lines.

A phone system that allows all of its users to share a given number of external phone lines and phone numbers to communicate with external callers and callees while communicating with each other over internal circuits that do no make use of the external lines or numbers.

The traditional communication network that connects all local, regional and national telephone switches across the globe, providing an infrastructure for public communications. The PSTN consists of telephone wirelines, fiber optic cables, microwave transmission links, cellular networks, communications satellites, and undersea telephone cables, all interconnected by switching centers, thus allowing any telephone in the world to communicate with any other.

The way that media such as voice and video is delivered over VoIP networks. The media is first digitized then compressed into packets and transported, almost instantaneously (or in real-time), from sender to receiver for playback so conversations can take place.

This protocol is used to setup a communication session on a data network such as the Internet. It defines communication messages used to initiate, control, and terminate interactive user sessions with multimedia services such as telephone calls, video conferencing, chat, file transfer, and online games. Today SIP is the protocol of choice for VoIP communications because of its simplicity in comparison to other protocols that predated it. You often hear the phrase SIP Trunking, which is the establishing of virtual telephone lines or voice paths over which to have phone calls.