babyTEL Blog > Tech and Communications Trends > Talking to Robots: The Future of Human and Machine Interactions 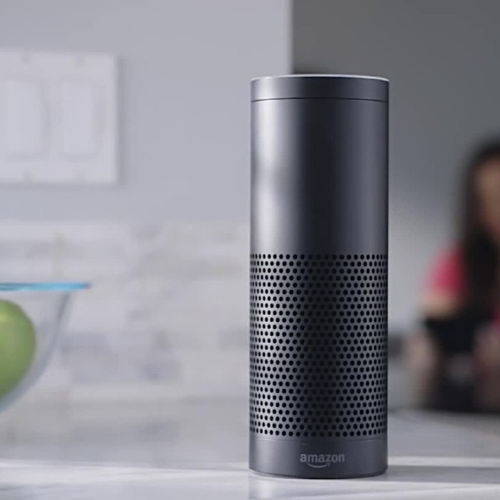 Talking to Robots: The Future of Human and Machine Interactions

If you told someone thirty years ago that the majority of us would have responsive robots in our pockets, you’d probably get a few funny looks. The truth is, our society has moved in the direction that lofty science fiction novels provided us with so many years ago: there are cars that can drive themselves due to their AI interfaces, robots can answer back to us, and we’re even able to order items through our robots.

So, how did did we get so accustomed to talking to robots in first place? Although Siri didn’t come along until 2010, Apple had plans for a digital assistant similar to Siri in 1987, when they released a video conceptualizing a “Knowledge Navigator” that would help people much in the same way that Siri, and our other household robots, do today.

Despite Apple’s incredible concept of a “knowledge navigator,” we argue that IVR was one of the first true ways for human and machine interaction to occur in an easily accessible way. For better or for worse, interactive voice response was, and still is, an invention that allows the lives of humans to be made easier on both ends – people calling in can route themselves to the most direct department and those working in call centers are able to specialize and avoid needing to spend excess time helping a caller figure out what department they should actually be speaking to.

As time and technology progressed, we have been able to go from human-to-machine interactions that were strictly conducted through a keypad to voice interactions. If we call credit card companies, for example, you may notice that the digital assistant is able to easily catch the numbers and information you’re dictating. Perhaps most interesting is the machine’s ability to decipher phrases that mean the same thing, allowing a person to speak any number of combinations for a command without necessarily needing to follow a strict format.

Robots at Home and Our Increased Productivity

Echo, Siri, Cortana, Alexa, and even Google Docs all have robotic interfaces specifically built to understand and mimic human interaction. Siri can even crack and joke every once in awhile. So, what has this meant for our home life and productivity?

We are now connected to the digital sphere more than ever, yet these robots do the opposite of giving us more “screen time.” Instead, people are able to use their voices to dictate notes, emails, texts, and even research papers. We’re able to use Alexa to order something through Amazon with a single command rather than sitting down with our phones or computers to search through pages of results on our own.

Though some people have concerns about the privacy and security of these systems, the effortless communication that these interfaces provide us is often more than enough to cause someone to order one for their own home.

In the telecom space, these innovative robots are introducing business owners to the ease that telecommunications, which these robots operate through, can provide in our personal and professional lives.

For many professionals in telecom, using robots for communication is just a part of the robotic automation process (RPA) that has industrialized the field. Just as it’s much easier to dictate the case study you’ve completed by using Google Docs Voice to Text, using robots to automate and streamline your businesses process is simply a move in the right direction.

Many businesses have struggled with gaining client information, like the problem they’re calling to report or any demographics that must be captured, in a time-efficient manner that minimizes the physical man hours people must spend to draw out the general details from a caller. Instead, business owners and employees alike can focus on customers and providing great services. Whether these services come through direct conversation or if they are improved by the company being granted more time to expand product lines and technology, it’s a win-win for all those involved.