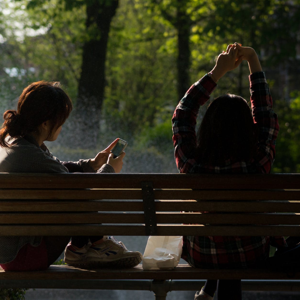 Digital Natives Hold the Communication Industry’s Future in their Hands

This is the first time in human history that an entire generation can be considered digital natives – and they’re in the workforce now. Millennials, and their younger counterparts in Generation Z, are those who have lived their entire lives within the presence of technology. Though the technology has indeed evolved over time, digital natives have grown with it and moved from the first Nokia phones to the smart phones, tablets, and smart watches we have today. They’re on the cutting edge of communication and quickly adopt new apps and trends for conversing, and they’re re-shaping the communication industry’s future.

Digital Natives Hold the Communication Industry’s Future in their Hands

One of the most influential things that digital natives have commandeered and perfected is the use of the technology that instantaneously connects us to information and online entities, like businesses. Now, this is not to say that individuals from older generations can’t, or don’t, use technology productively! Instead, digital natives have simply grown up with no other alternative than to grow with the technology that has allowed them to instantaneously connect with peers or with information online. From email and AOL Instant Messenger on desktop computers to Snapchat and Facebook Messenger on their phones, digital natives have always trended towards the easiest forms of communication.

Now, instead of instantaneous communication being tied to a desktop or laptop, it’s available on mobile phones universally. The result? Digital natives are holding the communication industry’s future in their hands.

Instead of “killing” industries, like many articles claim, digital natives are forcing an evolution towards better and more powerful tools. Apps are constantly improving, safe communication technology is evolving, faxes are getting smarter, and the communication industry is thriving.

Brand Influence vs. the Digital Native

For many years, big brands reigned supreme in the consumer world. People were all about drinking a refreshing Coca Cola or sporting a shirt with a huge brand logo. Half of the craze was due to the products actually being good, and the other half seemed to stem from the overarching social trends that favored these larger brands.

As digital natives became consumers, their relationship with brand influence began to shift dramatically from generations prior to them. Many digital natives are using the wide reach of the internet to find smaller brands that cater to their specific needs or aesthetic. They’re researching the dealings of bigger companies and take the time to actively decide if they will do business with them. They’re learning the nuances of tech-speak to understand if something really is the latest and greatest before adopting it.

In short, natives are more selective than ever when it comes to falling into brand influence and spending money.

One of the biggest, mainstream brands in the communication industry is Apple. They’re had their fair share of criticism and controversy, the most recent being the speculation that Apple purposely slows down older generation phones to push the sales of new products. Despite all this, Apple remains a favorite among millennials.

So, how do major brands like Apple, and logo-heavy Nike, create brand loyalists out of a demographic that is especially critical of brand influence? You create a lifestyle.

Digital natives are interested in items, especially technology, that will help them live the lifestyle they seek. This means brands who seek to reach digital natives in their professional and personal world should consider the way their product can integrate with other popular tools.

Apple, for instance, has created their own range of gadgets that encompass almost every aspect of our digital lives: phones, tablets, computers, desktops, watches, and so on. And many digital natives who began using one Apple product have soon found themselves becoming a brand loyalist.

In fact, it has been reported that over 64% of American households own an Apple product, with the majority owning more than two. For many digital natives, it means that their phone and computer, at a minimum, are Apple devices to maintain a single user interface and streamline connecting the two.

The key that Apple has tapped into, it seems, is creating a culture that digital natives want to participate in – through owning the product itself.

What Happens when Digital Natives take over the C-Suite

It’s a fact that digital natives, the Millennials and Gen Zs, have surpassed other generations in their workforce presence. So, what happens when digital natives take over the C-Suite?

As digital natives enter, or create their own, C-Suite, a shift will happen. No, we don’t think that the future foretold by trend pieces focusing on millennials ruining the workplace are true. In fact, digital natives in the C-Suite is a good thing.

Having a perspective rooted in a lifetime of technology use can only serve as a stepping point to helping the communication industry remain relevant and as ever-growing as it has been. Many of the most influential people in the tech industry are already millennials, such as Mark Zuckerberg and others.

We foresee a future focused on communication and bringing businesses, people, and information together in a seamless fashion as these high-ranking digital natives continually seek to integrate faster, better communication into our everyday lives.