babyTEL Blog > Tech and Communications Trends > When WiFi is Everywhere, Will We Still Need Cellular? 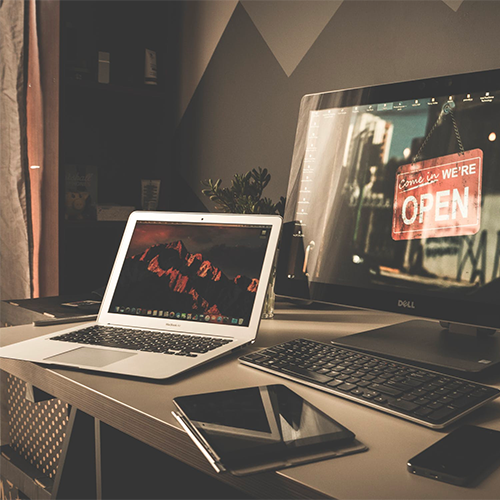 When WiFi is Everywhere, Will We Still Need Cellular?

The history of the technology industry is replete with titanic grudge matches. Does anyone remember VHS vs. Beta? The Macintosh vs. PC? How about BluRay and HD-DVD? Today, many pundits are already writing the obituary for the mighty cellular industry. Is cellular data really bound to become yesterday’s hero? How could a well-funded industry offering value-oriented proprietary services like cellular lose out to a loose, open standard like Wi-Fi?

Wi-Fi was once seen as a “people’s network.” Coffee shops, libraries, college campuses, and others initially offered mostly free broadband data services targeted primarily to laptop users. A decade ago, it would’ve seemed ludicrous to propose the building of a national network with devices you could buy for $49 at your local electronics superstore. Since the advent of the smartphone, Wi-Fi use has exploded along with cellular data use by offering a second tier data service that coexisted peacefully with its cellular cousin. Savvy users would intuitively turn to a Wi-Fi service when available to offload high bandwidth (read: expensive) usage on their mobile devices. Cellular data providers even occasionally promoted Wi-Fi use to its customers for bandwidth-intensive operations. AT&T once famously told it’s U.S. customers that, if they wanted to utilize Apple’s FaceTime technology, they would need to be on a Wi-Fi network to do so.

But while many users saw Wi-Fi as a humble underdog, cable giants and wireline phone carriers saw it as the answer to a competitive disadvantage that had been growing for some time. A decade ago, nearly all Internet traffic was handled by fixed services; precisely the type provided by these companies. With the advent of the smartphone, all of that was changing. Various projections showed that nearly two-thirds of Internet traffic would run through mobile devices by 2021. Additionally, mobile IP traffic was expected to grow at twice the rate as fixed IP traffic. That put companies without wireless networks into a difficult position. Wi-Fi, in short, would put them right back into the game. Build out a functioning network of Wi-Fi hotspots and offer services on par with the best the cellular industry had to offer. Fast forward to 2018 and there’s little doubt that this is exactly what has happened. Not only that, but future predictions as to the growth of Wi-Fi hotspots are staggering. By 2021, it is expected that there will be nearly 541.6 million public Wi-Fi hotspots globally, nearly a sixfold increase. (Cisco — The Zettabyte Era: Trends and Analysis)

So what are the actual differences between Wi-Fi and cellular data?

The short answer is: there aren’t nearly as many as there used to be and there are about to be even fewer. While their origins couldn’t have been more different, they are converging to a point where they will eventually be largely indistinguishable from each other.

Just a few years ago, Wi-Fi use required the user to log on to an individual network. A coffee shop. A retail store. A library. One at a time. With abysmal or no security. And, like electric cars prior to widely available charging stations, the fear of being stranded between two hotspots relegated any sort of Wi-Fi network to an overlay service. Security upgrades have also addressed the worries of customers increasingly concerned with cyber-security.

As cable companies have jumped into the fray, users can now subscribe to services that will allow them to automatically log on to thousands of hotspots in a geographical area, without cumbersome login procedures. In the United States, cable giant Comcast provides a hotspot on every wireless router they maintain–often unbeknownst to a homeowner or business proprietor. Although these networks are still very much location-based it’s not hard to envision a future where a Wi-Fi company could provide a seamless network to their customers within a geographic area, across country, and someday, around the world.

But, while cable companies and other Internet providers are developing Wi-Fi networks, cellular providers are feeling the pain. According to Cisco, more smartphone data traffic was offloaded from cellular networks (on to Wi-Fi) than remained on cellular networks in 2016. As a result, industry giants such as T-Mobile and Verizon aren’t exactly sitting on their hands either. The two communications giants, together with chipset manufacturer Qualcom are developing and deploying a technology known as LTE-U. LTE-U is a similar technology to the 4G LTE service being run by the major cellular providers, but using spectrum that was previously utilized by Wi-Fi networks. LTE-U promises download speeds rivaling wired networks and could hand the competitive edge back to the cellular industry.

Where is this all headed?

While the long term future is still cloudy, one reality remains. As each side addresses their competitive weakness to the other, competition continues to heat up. And competition is good news for our industry. More network providers developing better technologies that provide greater ubiquity, speed, and reliability enable companies like BabyTel and others to provide new and exciting services that we’ve only begun to imagine.